Get fresh music recommendations delivered to your inbox every Friday.

Tragedy Goes to the Movies 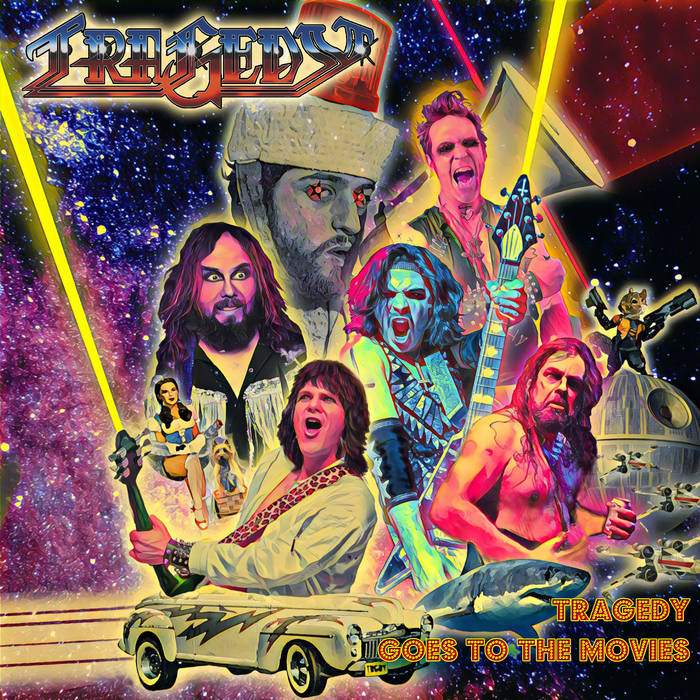 Tyme Tragedy has managed to metal-ize some of the poppiest movie moments from my adolescence with an 80's hair glam schtick that comes off with nary a kernel of corny but plenty of gooey cheese.

The instrumentation is tight as a drum and the vocals are executed with just the right amount of 80's hair band machismo.

Like Grease, Ken is "the word." I whole heartedly endorse his endorsement and urge you too, to GET IT.... Favorite track: Fame.

TheKenWord2017 I was not even close to expecting the quality presented here. I might be losing my marbles, but fuck it if it means I get to enjoy the absolute shit out of what Tragedy have done here. Every single track is special in some ridiculous, hilarious way and the musicianship is exemplary to boot! If you are a fan of cover bands, or if you hate them, this is the fucking album for you. GET IT. Favorite track: Skyfall.

Horns and Woodwinds on Skyfall by Brazz Knucklez

Tragedy: All Metal Tribute to the Bee Gees & Beyond

LOUDWIRE: "one of the hottest bands on the internet...not just fun and catchy — Tragedy rules!" ... more

Bandcamp Daily  your guide to the world of Bandcamp